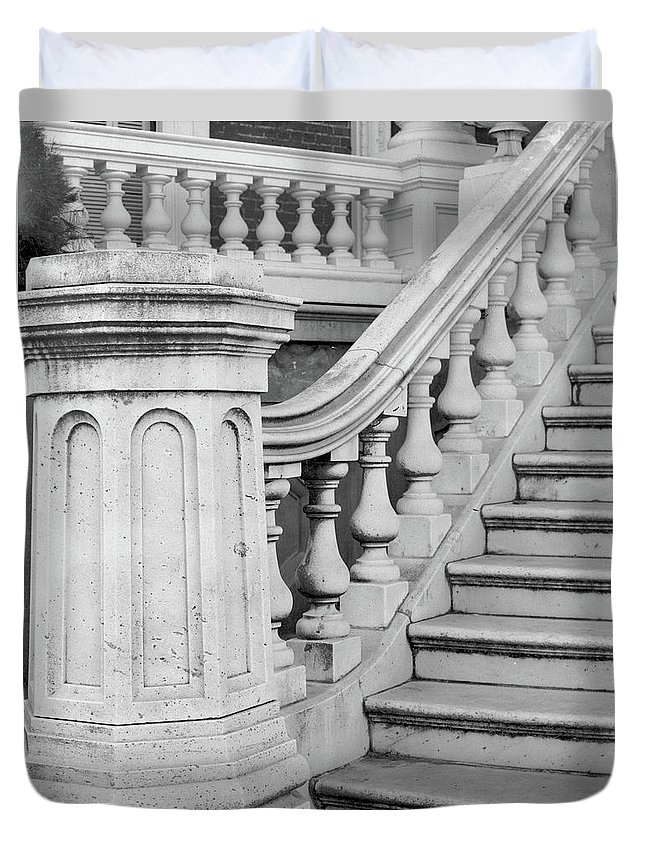 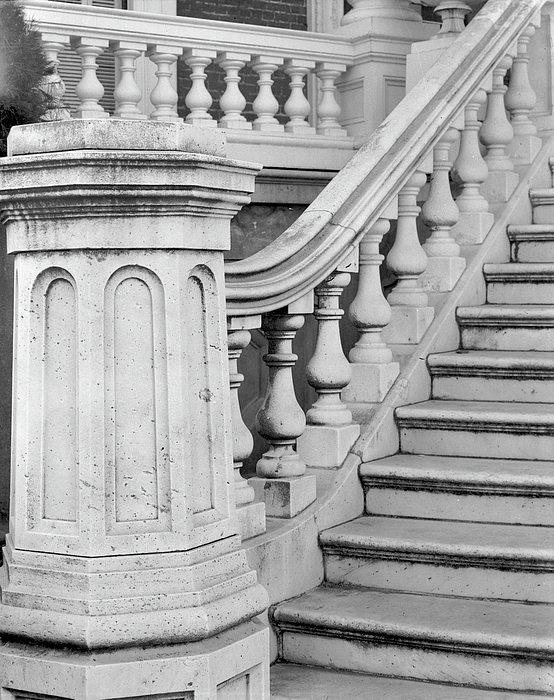 Queen duvet cover (88" x 88") featuring the image "Hay House Steps, 1985" by John Simmons. Our soft microfiber duvet covers are hand sewn and include a hidden zipper for easy washing and assembly. Your selected image is printed on the top surface with a soft white surface underneath. All duvet covers are machine washable with cold water and a mild detergent.

William Butler Johnston built the Hay House between 1855 and 1859. It was built in the Italian Renaissance style and features Carrara marble. It is... more

William Butler Johnston built the Hay House between 1855 and 1859. It was built in the Italian Renaissance style and features Carrara marble. It is named for the P.L. Hay family who last occupied it.